Escaping on a Kindertransport train, one small Czech-Jewish girl embarks on a mighty adventure.

Crossing between the past and present, Babi travels across Europe; from bon bons in Germany to the smell of the sea in Margate, she discovers how tiny acts of kindness can change the course of a person’s life.

Joyful, moving and poignant, Kinder features beautiful table top puppetry and cinematic shadow play, as Babi tries to assemble the parts of her broken identity, to find peace in her future.

Kinder is the newest show, from award winning puppetry and visual theatre company Smoking Apples. Inviting you to take a seat inside an immersive set, the story unfolds through a series of playful hatches and openings. “Miss, can we see it in real life yea?” – Student, Rye Hills Academy

“I really like how it’s an really interesting way for audiences of instigating and engaging with current conversations about migrants and refugees too (i.e other migrant experiences beyond the Kindertransport)” – Porl Cooper, Harrogate Theatres

“The puppetry was very well controlled and the music made a massive impact on me, it was almost like my chest was collapsing” – Member, Lewisham Youth Theatre

The Voice/Vision Holocaust Survivor Oral History Archive
The Voice/Vision Holocaust Survivor Oral History Archive have kindly given us access to their archives. The oral history testimonies captured have been instrumental in supporting the creation of the show and making sure that the truth of the history of the Kindertransport events are reflected. During the show we use real verbatim clips from Kindertransport children and huge thanks to the University of Michegan-Dearban for granting us permission to use this fantastic resource. You can visit it here: https://holocaust.umd.umich.edu/

The Sir Nicholas Winton Memorial Trust
The Sir Nicholas Winton Memorial Trust has given us special permission to use an original image of one of Sir Winton’s pieces of paperwork. The image shows a list of the Czech-Jewish children and the location, names and addresses of where they were housed across the UK. To read more about the trust, please visit https://www.nicholaswinton.com/

Kinder is best suited to ages 11 – 16. The show contains some complex references to war and persecution, which younger audiences may find challenging. Kinder runs for up to an hour, without an interval and for the duration, the audience are seated inside a box structure. There is the option to leave and re-enter at any point.

Kinder has been designed to be accessible for neurodivergent audiences. In the space, we will be providing stims (stimulatory accessories) and active responses to the show are encouraged. Audiences will be able to leave and re-enter the show, at any time and there will be a chill out area (with bean bags, noise cancelling headphones and more stims) for periods of regulation. An inclusive resource pack is available, in advance and will include a social story.

The show is wheelchair accessible, providing the venue is and that we are informed in advance so that we can take into account the seating within the structure and adjust audience numbers accordingly. 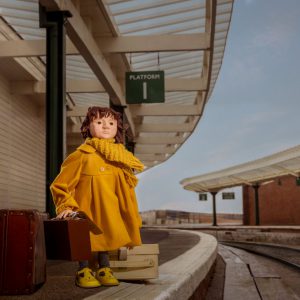 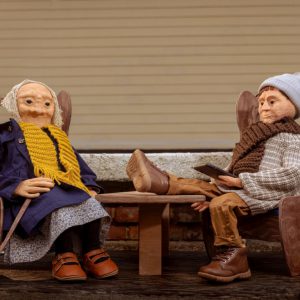 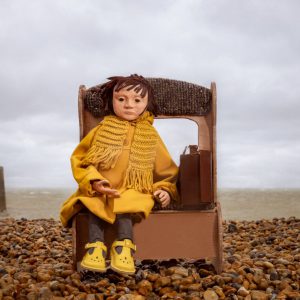 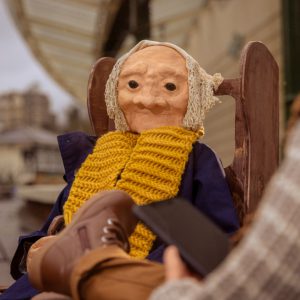 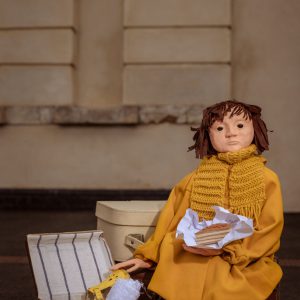 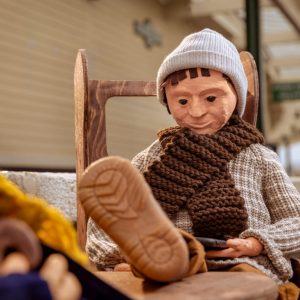 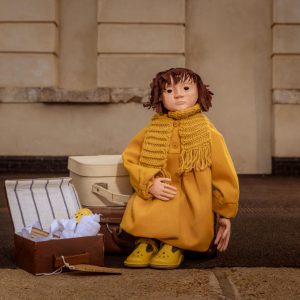 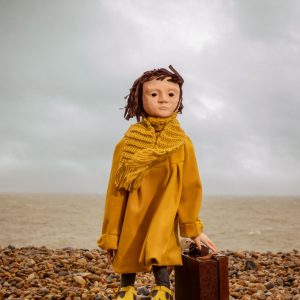 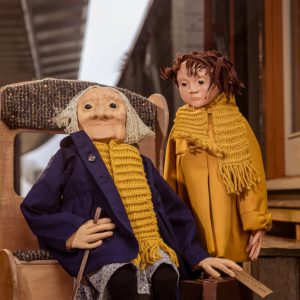 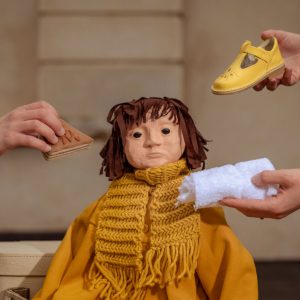 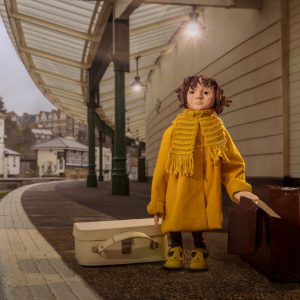 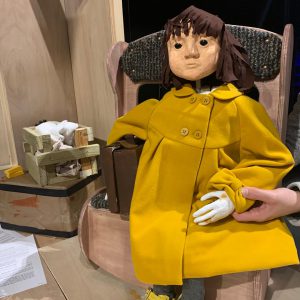 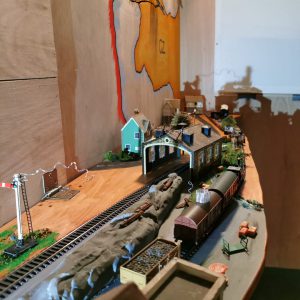 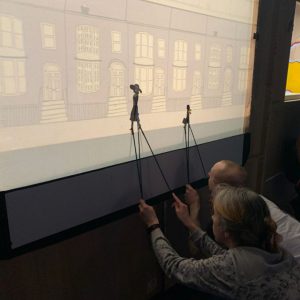 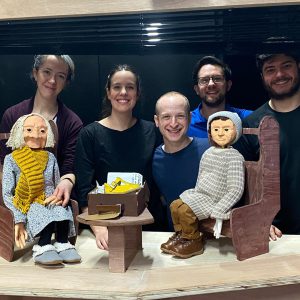 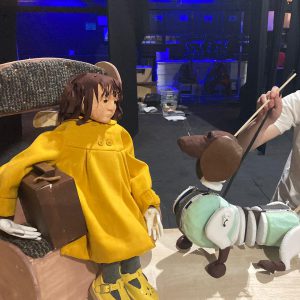 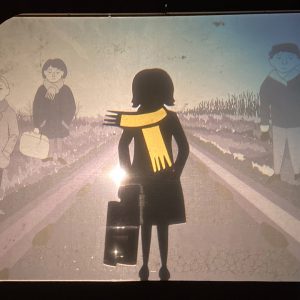 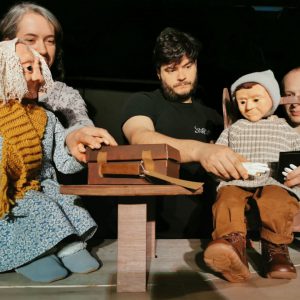 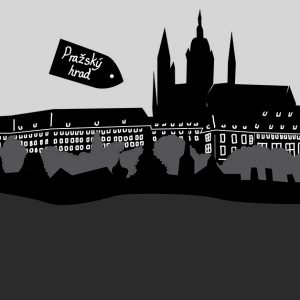 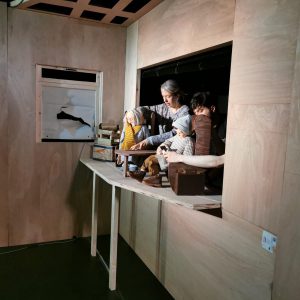 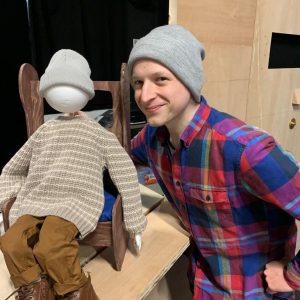 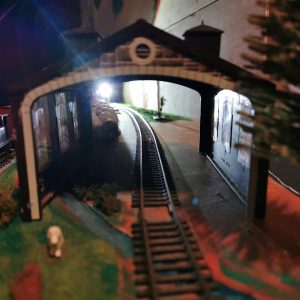 Kinder is a brand new show, aimed at teenagers. The story focuses on the one little girl’s adventure, as she is evacuated, on a Kindertransport train from Prague to Margate, to escape persecution just before the start of the Second World War. The story draws inspiration from the real life Czech Kindertransport event, where Czech-Jewish children were evacuated to seaside towns, across the UK. The Czech Kindertransport was pioneered by a British man, called Nicholas Winton and he saved 669 children.

The initial concept for Kinder was conceived after a week of development support from the Little Angel Theatre, all the way back in 2016. A combination of other shows, commissions and touring commitments meant we weren’t able to revisit these ideas until 2020 and despite the pandemic, we were able work on the show remotely and then in bubbled rehearsals across 2021.

Our resounding memories of seeing shows, as teenagers, are often uninspiring so we wanted to create great quality theatre, to take into non-theatre settings, including schools. To enable this, we have created a self-sufficient, self-contained structure that will be able to go into these settings and transport our audiences away from where they are. It gives us complete creative control over the environment, which is hugely exciting.

It’s been an ambition for a while, to make a show that is specifically for this audience. Our experience working with teenagers is that they are brimming with life and ideas, they are exciting and challenging because often they refuse to accept what most people take to be a given. Whilst making Kinder, our world’s refugee crises have been at the forefront of our minds, first it was the Syrian Refugee crisis and in our current times, the war in Ukraine. Thousands of families are fleeing persecution and it’s been really interesting to look back at our work on Kinder, understanding that there is still a lot to learn about this and how humanity and kindness can make all the difference; it is what unites us when there is a divide.