Alf is a trawler fisherman whose experience, camaraderie and loyalty have put him and his boat at the top of the game. But times are changing and so is the industry. How will Alf adapt in order to survive?

Follow a fish’s journey from sea to plate, watch a seagull’s ridiculous attempt to find food and witness a father and son reunite. In Our Hands will transport you out to sea, under the ocean and onto the deck of the Catcher’s Fortune.

Using innovative puppetry, a striking set and an original score, join Alf as he journeys from the depths of despair to rise again and rescue the life he loves.

In Our Hands has been developed extensively both in London and Cornwall by Smoking Apples, an award winning puppetry and visual theatre company.

“Inspired and ingenious”
✮✮✮✮ The Upcoming

“In Our Hands is a total gem”
✮✮✮✮ To Do List London

“Gentle and hypnotic, I was entirely absorbed” – Total Theatre Magazine

“an imagination-fuelled cracker of a production” – A Younger Theatre

Lyn Gardner’s (The Guardian) Top Picks of the Fringe

We have no performances currently scheduled but check back here for updates. 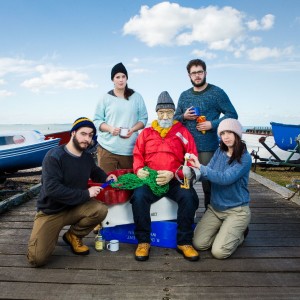 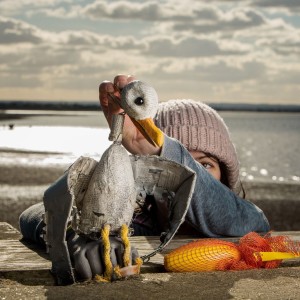 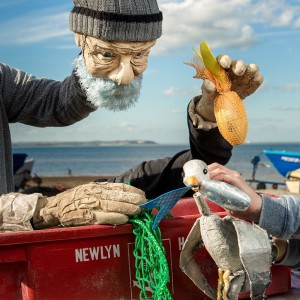 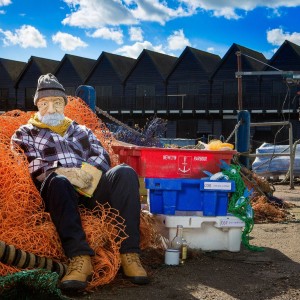 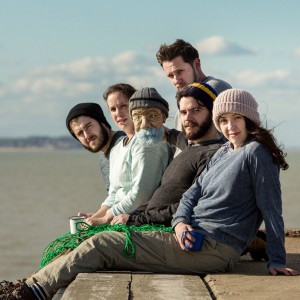 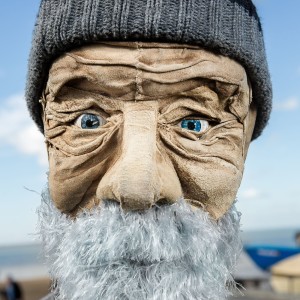 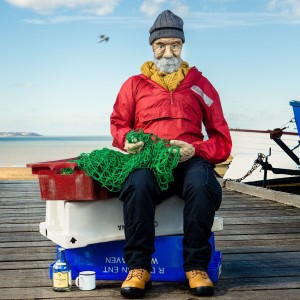 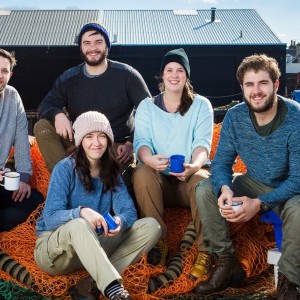 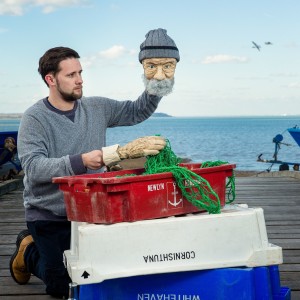 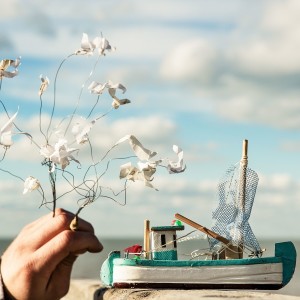 Back in May 2014, we decided to expand our creative team for In Our Hands and bring on board our long term associate artists, Luke and George. With a cast of five and a big, beautiful team, In Our Hands is our most ambitious show to date.

After the success of CELL, making In Our Hands was a daunting task. We were hit hard by the second album fear but we’re really proud of what we have achieved. CELL is beautiful and emotional, pure in it’s simplicity and clean lines. In Our Hands is dirty, sweaty, industrial and fast-paced, reflecting the industry the show is about.

In true Smoking Apples style, we once again rewarded our curiosity (and hopefully the audience’s too) by choosing to explore a weird and wonderful subject. So, why Trawling? In Our Hands was created out of a mutual interest and a huge variety in knowledge regarding trawler fishing. Between the five of us, we varied from having worked at the Sea Life Centre and being clued up on marine conservation, to a vegetarian to someone from a Farming background with a kill to eat mentality. This provided the basis for the show and our interest in making it.

Together, the performers, dramaturg and creative team researched and rehearsed in Cornwall and London to develop a show for both rural and city audiences. The show was scratched throughout Autumn 2014, winning an award for the Best Work in Progress at Mimetic Festival. We then went on to undertake a series of regional showcases, Incoming Festival – London, Outpost Festival – Plymouth, AMATA – Falmouth, SALT Festival – Folkestone and Suspense Puppetry Festival – London, selling out dates in London and Leeds. We then took Alf and his crew up to the Edinburgh Fringe Festival 2016, performing the show at Underbelly for the month of August.

The show then toured the UK Autumn 2016, visiting 19 venues and again in Autumn 2017,  visiting 17 venues, including it’s first international performance in June, at Theatre DRAK, Hradec Kralove in the Czech Republic.

In Our Hands has been generously supported by Arts Council England throughout each stage of it’s development.

Have a read of our In Our Hands blog here.